Kent is one of the most beautiful counties to visit in Southern England. The county is commonly referred to as the ‘Garden of England’, a name given to it by King Henry VIII after he sampled some fresh cherries that had been grown in the county. The production of fruit continues to be a major industry in Kent and it still famously supplies Strawberries to the annual Wimbledon tennis championships.

The county of Kent get is name from an ancient Celtic tribe who inhabited South East England. At one point their lands all of modern day Kent and also parts of Surrey, Sussex and Greater London. After the Roman invasion, the Romans referred to the people who inhabited the area as Cantii or Cantiaci and the area became known as Cantium. Kent is a literal evolution of that name.

Following the withdrawal of the Romans, Kent became one of the first territories in Britain to be settled by Germanic tribes, most notably the Jutes. Although the borders of Kent have moved over the centuries, today Kent shares a boundary with Greater London to the north-west, with East Sussex to the South-West and also Essex (along the River Thames Estuary). Kent is also connected to France and mainland Europe.

The White Cliffs of Dover are perhaps Kent’s most famous natural landmark. They became a symbol of home coming during the World War II as the white cliffs were often the first thing air force crews saw when returning home after flying missions over Europe. Today they offer stunning views across the English Channel towards France which is just 22 miles away.

Tunbridge Wells: Tunbridge Wells is one of only three towns in Britain to receive ‘Royal’ status. Royal Tunbridge Wells, as it is known, was granted its official regal title in 1909 by King Edward VII. This special recognition was made in lieu of the town’s special royal connection since the Stuart dynasty.

Hythe: Hythe is a coastal market town near Folkestone on the south coast of Kent. In Old English language the word Hythe or Hithe means haven or landing place. Hithe is a beautiful place to visit and has an exceptional beach and picturesque yacht marina.

Leeds Castle: Leeds Castle is one of the most iconic castles in England and is beautifully preserved. Over the years the castle has been a place of refuge for many future Queens of England including Eleanor of Castile, Margaret of France, Catherine of Aragon and future queen Elizabeth I. Given its history, it has become known as the ‘Ladies’ Castle’ due to its role in providing protection for som many future Queens.

The Canterbury Barn: This amazing converted barn features 7 bedrooms and 3 bathrooms and also includes a hot tub for soothing those aching muscles after a long day of sightseeing! Canterbury Castle is less than one mile away and Canterbury Cathedral is only 1.3 miles away.

Great Higham Barn & Cottages: This collection of holiday homes include a converted barn, a former oast house and a cottage. The barn is our favourite! It has 9 bedrooms and 5 bathrooms plus a fabulous wooden clad hot tub overlooking woodland. Leeds Castle is just 9 miles away whereas Canterbury is 14 miles away.

Goss Hall: Goss Hall is a manor house set nestled in quiet countryside and is an ideal location to explore Kent being both near Canterbury and Sandwich. Surrounded by 3.5 acres of picturesque gardens including a lake and stream, this is the place for you if you like fishing! Dogs are welcome for a small additional fee.

Bluebell Byre: With high vaulted ceilings, exposed beams and cosy wood burning stove, Bluebell Brye provides a truly tranquil setting for your next holiday in Kent. There is also a well stocked fishing lake – perfect for a short angling holiday!

Stay In Britain is the ultimate guide to places to stay and things to do in Hampshire. Whether you are looking for a luxury self-catering cottage, a cheap B&B for a weekend stay, a short break in a caravan park or a business-friendly hotel in the Hampshire area, we have everything you need. Enjoy your stay in Britain!

You can find out more about which cookies we are using or switch them off in settings. 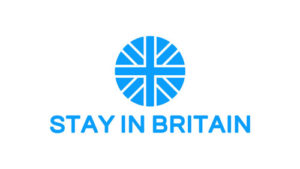 This website uses cookies so that we can provide you with the best user experience possible. Cookie information is stored in your browser and performs functions such as recognising you when you return to our website and helping our team to understand which sections of the website you find most interesting and useful.

You can adjust all of your cookie settings by navigating the tabs on the left hand side.

Strictly Necessary Cookie should be enabled at all times so that we can save your preferences for cookie settings.

If you disable this cookie, we will not be able to save your preferences. This means that every time you visit this website you will need to enable or disable cookies again.

This website uses Google Analytics to collect anonymous information such as the number of visitors to the site, and the most popular pages.

Please enable Strictly Necessary Cookies first so that we can save your preferences!

Please enable Strictly Necessary Cookies first so that we can save your preferences!